Less picturesque than the countryside and villages, but no less interesting, are the two cities, Port Moresby and Lae, and the towns.  The cities, as well as some major parts of the county, are not linked by road.  This means people are often dependent upon travelling by plane, which is expensive.  Only 20% of the population live in urban areas, but as in much of the world, villagers are migrating to the “bright lights” in search of a more comfortable life.  Unfortunately, the advantages of city life are often counterbalanced by the high cost of living and crime. 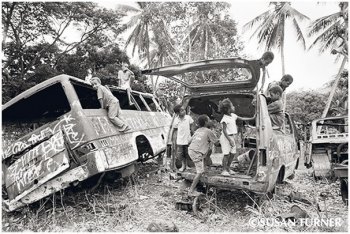